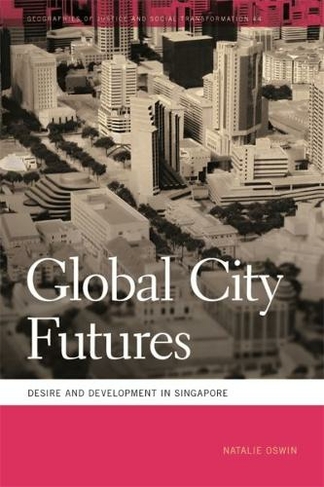 Global City Futures offers a queer analysis of urban and national development in Singapore, the Southeast Asian city-state commonly cast as a leading 'global city.' Much discourse on Singapore focuses on its extraordinary socioeconomic development, and on the fact that many city and national governors around the world see it as a developmental model. But counter-narratives complicate this success story, pointing out rising income inequalities, the lack of a social safety net, an unjust migrant labor regime, significant restrictions on civil liberties, and more. Global City Futures contributes to such critical perspectives by centering recent debates over the place of homosexuality in the city-state. It extends out from these debates to consider the ways in which the race, class, and gender biases that are already well critiqued in the literature on Singapore (and on other cities around the world) are tied in key ways to efforts to make the city-state into not just a heterosexual space that excludes 'queer' subjects, but a heteronormative one that 'queers' many more than LGBT people. The book thus argues for the importance of taking the politics of sexuality and intimacy much more seriously within both Singapore studies and the wider field of urban studies. 5 black & white photographs

Natalie Oswin is an associate professor of geography at McGill University. She has published numerous articles regarding the geographies of sexuality and its relation to queer and postcolonial theories, most recently in Gender, Place and Culture and Intersections: Gender and Sexuality in Asia and the Pacific.