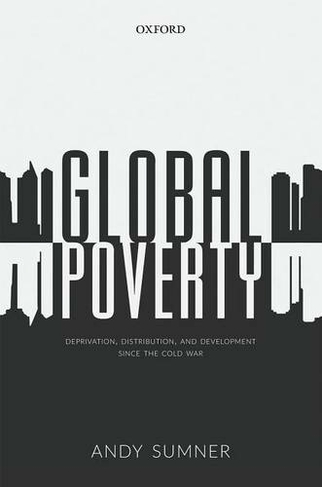 Global Poverty Deprivation, Distribution, and Development Since the Cold War

Why are some people poor? Why does absolute poverty persist despite substantial economic growth? What types of late economic development or 'catch-up' capitalism are associated with different poverty outcomes? Global Poverty addresses these apparently simple questions and the extent to which the answers may be shifting. One might expect global poverty to be focused in the world's poorest countries, usually defined as low-income countries, or least developed countries, or 'fragile states'. However, most of the world's absolute poor by monetary or multi-dimensional poverty - up to a billion people - live in growing and largely stable middle-income countries. At the same time, poverty has not fallen as much as the substantial economic growth would warrant. As a consequence, and as domestic resources have grown, much of global poverty has become less about a lack of domestic resources and more about questions of national inequality, social policy and welfare regimes, and patterns of economic development pursued. 26 Figures and 27 Tables

Andy Sumner is a Reader in International Development and Co-Director of King's International Development Institute, King's College London. His research focuses on poverty theory and concepts and the causes of poverty both at a global level and with reference to Southeast Asia and Indonesia in particular. His work challenges the orthodox view that absolute poverty is necessarily minimal or 'residual' at higher levels of average per capita income. He holds associatepositions at Oxford University at the Oxford Poverty and Human Development Initiative and the Center for Global Development in Washington, DC. He was UK representative and Vice President of the European Association of Development Research and Training Institutes from 2008 to 2014, and a council memberof the Development Studies Association from 2000 to 2014. He has been listed in Foreign Policy Magazine's 'Top 100 Global Thinkers' and is Deputy Editor and an Editorial Board Member of Global Policy Journal.