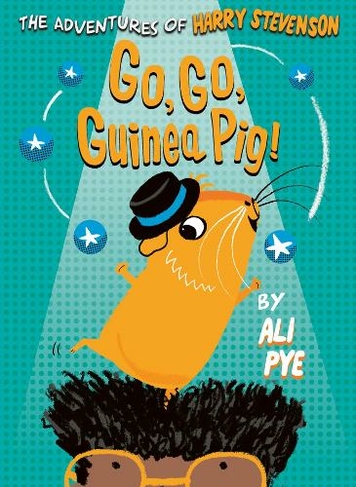 Join Harry Stevenson - small guinea pig and unlikely hero - on two BIG new adventures. When Harry is accidentally swapped with Billy's cousin's 'show' guinea pig, he finds himself on the set of 'Super Pets', a TV talent show. How will Harry fare in the spotlight, and will he be able to complete a daredevil assault course before he's found out? In the second adventure, Harry's off to Paris! The Smith family has won a competition to spend a weekend in Paris and they're taking Harry Stevenson with them, but after Harry sets off the airport security alarm and their car breaks down, it seems as though they'll never get there? And when they do, what will happen to a small guinea pig lost in the big city? PRAISE FOR THE ADVENTURES OF HARRY STEVENSON series: 'A sweet, funny book that really made me want to eat dandelions' - Holly Webb 'A gentle outing for newly independent readers' - Metro 'Sweetly funny and beautifully illustrated' - The i newspaper 'Delightful stories with humorous exploits galore' - Parents in Touch 'Perfect for bedtime reading' - Books for Topics 'Harry Stevenson is a funny, plump guinea pig, and I wish I could be him' - Astrid, age 7

Ali Pye studied fashion communication at Central St Martins School of Art in London, worked as a copy editor and started a family before finally getting it together to enrol on a part-time MA in illustration at Kingston University. She graduated in 2010, gave up the day job in 2011 and now does what she loves for a living.