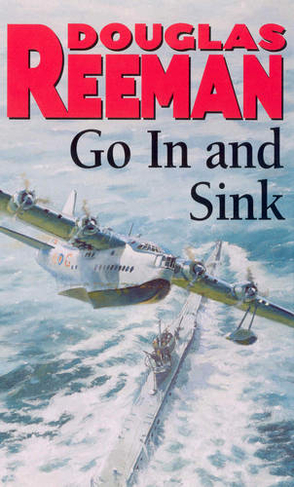 Go In and Sink!

February 1943. As the balance of the war slowly shifts in Britain's favour, Lieutenant-Commander Steven Marshall brings his battle-scarred submarine into home port. Captain and crew are exhausted after fourteen months' continuous service, but for most there can be no thought of leave. If the enemy collapse in North Africa is to be exploited, every experienced man will be needed. Marshall must return to the Mediterranean, but this time to a very different kind of war. For his new command is secret and extremely hazardous - a captured German U-boat . . .

Douglas Reeman did convoy duty in the navy in the Atlantic, the Arctic, and the North Sea. He has written over thirty novels under his own name and more than twenty bestselling historical novels featuring Richard Bolitho under the pseudonym Alexander Kent.