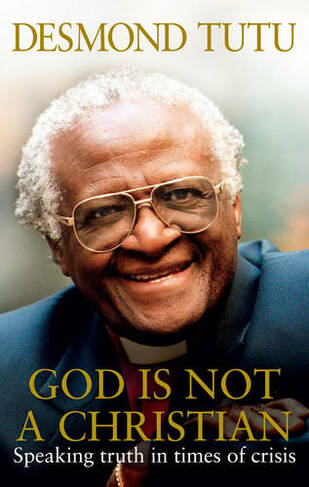 God Is Not A Christian

Archbishop Desmond Tutu is no stranger to controversy. From racism and social injustice, to the threat of AIDS, the continuing crisis in the Middle East and the importance today of 'ubuntu' (the concept of shared humanity), the Archbishop expresses his views powerfully and honestly, showing how faith and politics are inextricably linked. A forceful opponent of apartheid and later a compelling leader of the South African Truth and Reconciliation Commission, he was awarded the Nobel Peace Prize in 1984 and has remained a leading campaigner for human rights ever since. In 2009, he was awarded the highest civilian award in the United States, the Presidential Medal, by Barack Obama. This collection brings together some of the Archbishop's key speeches, sermons, lectures and exchanges from the past three decades, charting the trajectory of his extraordinary career and showing why he remains one of the world's best-loved and most outspoken religious figures. Edited by John Allen, a journalist and former aide of the Archbishop, God is Not a Christian reveals Archbishop Desmond Tutu in his own words.

The first black Archbishop of Cape Town, Tutu has won the Nobel Peace Prize for his leadership of the South African Truth and Reconciliation Commission and today is Chair of a group of former world leaders, The Elders, which aims to tackle some of the world's most intractable problems. He has helped calm the political crisis in Kenya and regularly speaks out against Mugabe, Israel, the Iraq War and the Burmese junta, but is also noted for his irrepressible sense of humour and deep spirituality. He lives in South Africa but travels widely.Working first as a journalist in South Africa, and then as Tutu's Press Secretary, John Allen was invited to join the Truth and Reconciliation Commission as Director of Communications in 1995. Next he was aide to Tutu when the Archbishop taught in Atlanta for two years. He lives in South Africa.