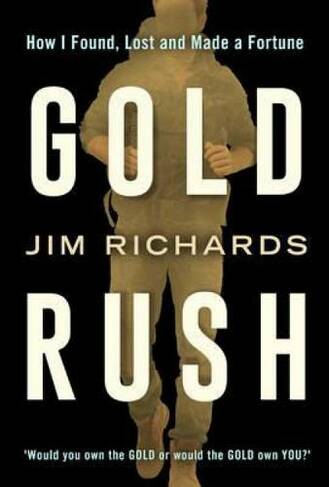 Gold Rush: How I Found, Lost and Made a Fortune

When Jim Richards left home to make his fortune in a gold rush, he had no language skills, no money and no idea. But when he found diamond-filled pot holes in the remote rivers of Guyana, his problems really began. Chasing gold and diamond rushes around the world, Richards worked with local miners in some of the maddest, baddest and most dangerous places on earth. His dramatic journey ranges from the piranha-infested rivers of South America to the blazing deserts of Australia, from the world's biggest mining scam in Indonesia to the war-torn jungles of Laos. To find the gold, first Jim had to find himself. He learned to dig deep and discover the resilience and fortitude needed to overcome isolation, disease, equipment disasters and gun-toting criminals to come out on top.

Born and educated in the UK, Jim Richards gained a geology degree from London University and then served in the Parachute Regiment. He has worked as a prospector, miner and geologist and been closely involved in numerous mineral discoveries.