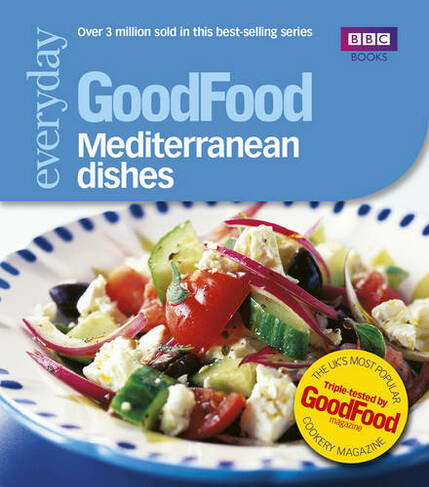 Even if it is raining outside, this little book of sunshine will help lift the gloom with a wealth of comforting, cheerful dishes to keep the summer atmosphere alive. All tried-and-tested by Britain's top-selling BBC Good Food Magazine, these Mediterranean recipes are guaranteed to be packed full of intense flavour. With full-colour photography to accompany every dish and a practical ingredients list of Mediterranean authentics and easy-to-find alternatives, this really is a must-have summer cookbook.

Angela Nilsen's career has always involved food, either teaching or writing about it for books, magazines and newspapers, both in England and North America (where she was a food writer with the Vancouver Sun newspaper, Canada for 7 years). From May 1994 - July 2004, she was Food Editor of BBC Good Food Magazine, and is now a freelance writer and editor. In 2003 she was short-listed for the Glenfiddich Cookery Writer Award, and is the 2004 winner of both the Glenfiddich Cookery Writer Award and The Guild of Food Writers' Cookery Journalist of the Year Award for her work in the 'Ultimate' series in BBC Good Food Magazine.