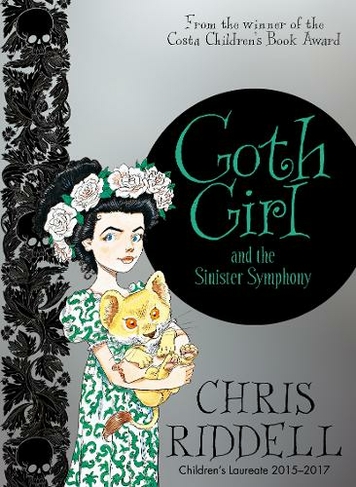 Goth Girl and the Sinister Symphony

There are musical goings-on at Ghastly-Gorm Hall and another spooky mystery for Ada Goth to solve in Goth Girl and the Sinister Symphony, the fourth book in the Goth Girl series by Chris Riddell, Children's Laureate 2015-2017. Lord Goth is throwing a music festival at Ghastly-Gorm Hall, with performances from the finest composers in the land. Ada can't wait, but it's quite distracting when her grandmother is trying to find her father a fashionable new wife, there's a faun living in her wardrobe and Maltravers is up to his old tricks. Ada must make sure everything goes to plan, and luckily help is at hand from a very interesting house guest . . .

Chris Riddell, the 2015-2017 UK Children's Laureate, is an accomplished artist and the political cartoonist for the Observer. He has enjoyed great acclaim for his books for children. His books have won a number of major prizes, including the 2001, 2004 and 2016 CILIP Kate Greenaway Medals. Goth Girl and the Ghost of a Mouse won the Costa Children's Book Award 2013. His previous work for Macmillan includes the bestselling Ottoline books, The Emperor of Absurdia, and, with Paul Stewart, the Muddle Earth and Scavenger series. Chris lives in Brighton with his family.