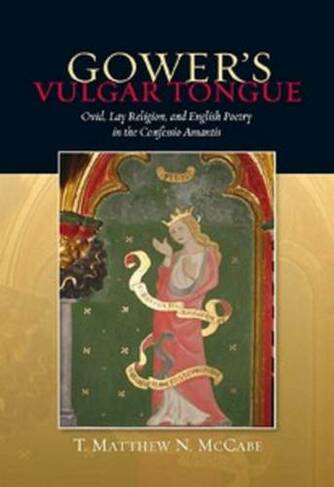 By T. Matthew N. McCabe (Author)
Hardback
https://www.whsmith.co.uk/products/gowers-vulgar-tongue-ovid-lay-religion-and-english-poetry-in-the-i-con/t-matthew-n-mccabe/hardback/9781843842835-01-000.html £70.00
GBP
Availability
Currently unavailable. We don't know when or if this item will be back in stock
Share

After establishing his reputation as a literary author by means of his French and Latin verse, Gower came to recognize the possibilities which English held for serious poetry only in the 1380s. This book gives sustained attention to the implications of this language choice for the form, readership, religious position, and lay authority of his best-known work, the Confessio Amantis.The author argues that in all of his moral-political-theological writings, Gower's stance as a satirist and publicist is more markedly lay, and more rhetorically momentous for reasons associated with this lay status, than is generally thought. But during the 1380s, the conditions for writing lay public poetry in English made the Confessio a truly remarkable feat, for Gower and for English poetry. Notwithstanding the poem's formal debt to aristocratic literature and the evident elitism of its earliest known readership, the Confessio imagines a broader and more popular audience than do the Vox and the Mirour, modulating its author's vision into a comparatively muted register by appropriating the oblique strategies of Ovidian myth, Ovidian art of love, affective devotional writing, and romance. The resulting "public poetry" is at once subtly accommodated to the conditions for writing in English and profoundly significant for the development of the English poetic tradition. T. Matthew N. McCabe is Assistant Professor of English at Ambrose University College (Calgary).