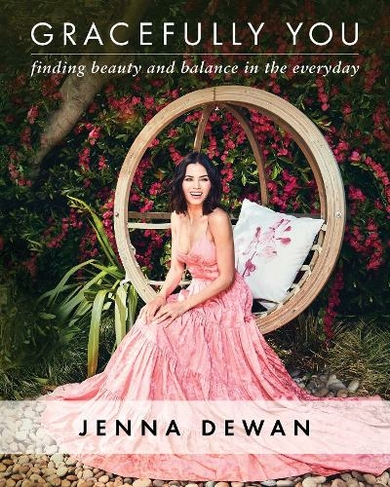 Gracefully You: Finding Beauty and Balance in the Everyday

Also available on eBook for £15.99. Click here to purchase from Rakuten Kobo

Actress and dancer Jenna Dewan shares her uplifting message of how to elevate your life and experience beauty every day-perfect for fans of Jessica Alba's The Honest Life and Kate Hudson's Pretty Happy. The frustrations and challenges that come with modern living can leave us feeling stressed, overwhelmed, and disconnected. In Gracefully You, Jenna Dewan uses her own deeply personal journey to show you how to find your true voice, connect to your deeper self, and live with grace. From demonstrating how movement is essential to feeling good (whether it's by going on a nature hike or dancing with your friends) to providing mantras that will help you begin each day with good intentions, Jenna shares clear advice on how you can cultivate happiness in every aspect of your life. Learn how to create a home sanctuary, connect with nature to restore balance, foster healthy relationships of all kinds by establishing physical and spiritual boundaries, and maintain space for your own identity through it all. Filled with stunning photos, Gracefully You is a beautiful, insightful, and powerful vision for anyone who wants to feel better, focus on what's important, and maintain a sense of balance-all with strength and grace. 4-C photos throughout;

Jenna Dewan began her dancing career touring alongside some of the music industry's most highly successful entertainers, including Janet Jackson, Missy Elliott, and Ricky Martin. She first captivated audiences on-screen as a lead in the hit film Step Up, and appeared in other films such as Take the Lead and 10 Years. She also starred in several TV series, including Witches of East End and Supergirl. Dewan hosted NBC's World of Dance for the first two seasons of the series. She recently appeared on Fox's The Resident and also stars in an upcoming Netflix musical series with a yet-to-be announced title. Dewan currently resides in Los Angeles, where she is an ambassador for St. Jude's Children's Hospital.