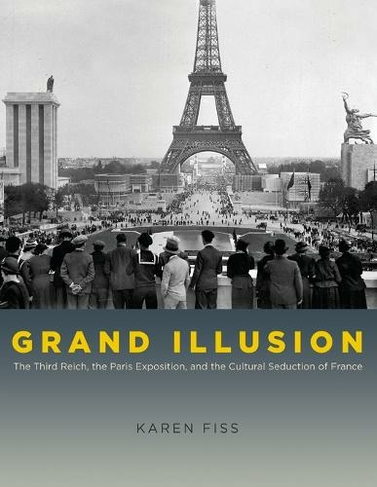 Grand Illusion The Third Reich, the Paris Exposition, and the Cultural Seduction of France

Franco-German cultural exchange reached its height at the 1937 Paris World's Fair, where the Third Reich worked to promote an illusion of friendship between the two countries. Through the prism of this decisive event, "Grand Illusion" examines the overlooked relationships among Nazi elites and French intellectuals. Their interaction, Karen Fiss argues, profoundly influenced cultural production and normalized aspects of fascist ideology in 1930s France, laying the groundwork for the country's eventual collaboration with its German occupiers. Tracing related developments across fine arts, film, architecture, and mass pageantry, Fiss illuminates the role of National Socialist propaganda in the French decision to ignore Hitler's war preparations and pursue an untenable policy of appeasement. France's receptiveness toward Nazi culture, Fiss contends, was rooted in its troubled identity and deep-seated insecurities. With their government in crisis, French intellectuals from both the left and the right demanded a new national culture that could rival those of the totalitarian states. By examining how this cultural exchange shifted toward political collaboration, "Grand Illusion" casts new light on the power of art to influence history. 95 halftones

Karen Fiss is associate professor of visual and critical studies at the California College of the Arts, San Francisco.