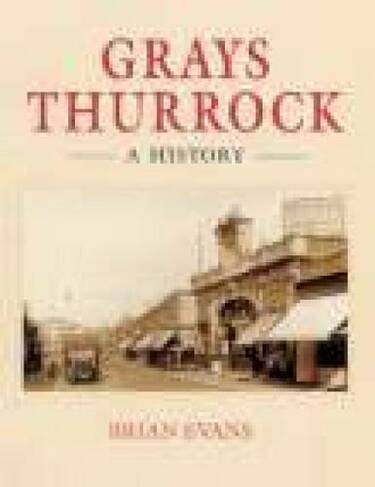 Thurrock is an area of South Essex which displays strong individuality, despite its contrasting mixture of quiet countryside to the north and intensive industrial development along the Thames Bank. Apart from its own, fascinating, local history, many strands of the rich tapestry of England's story are woven into its past, including involvement in the Peasants' Revolt, the famous Armada speech of Queen Elizabeth I and other headline events. Its appeal to early man is becoming ever more evident from archaeological excavation and chance discoveries; while the Saxon site at Mucking is world famous and has provided Europe-wide scholars with new information about the Saxon immigration period by the cart-load - still being studied years after the main dig. Tilbury was an ancient river port, but the construction of a gigantic chain of docks in the 19th century perhaps opened up a new chapter, putting Thurrock on the world map and encouraging the rapid growth of factories and oil installations, revealing the area to the outside world. Strangely, up to the middle of the 20th century, foreigners arriving at Tilbury or involved with Thameside industries were often more aware of Grays Thurrock than English people from elsewhere. This began to change with the building of the huge post-war London overspill estate of Belhus, then the completion of the Dartford-Purfleet Tunnel in 1960 and, later, the Queen Elizabeth II Bridge, linking Thurrock with the south and the Continent. Making Thurrock even better known to the outside world were scenes in the film Four Weddings and a Funeral shot at St Clement's Church, West Thurrock, some with the great new bridge in the background. But for those who live in and know the area, Thurrock still retains secrets revealed only by research, especially into its past, and in this new book a well known local historian will intrigue them with his very readable narrative account, illuminated by a profusion of carefully chosen and fully-captioned old photographs.