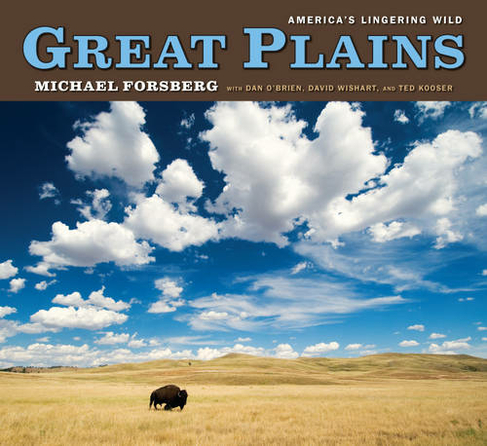 The Great Plains were once among the greatest grasslands on the planet. But as the United States and Canada grew westward, the Plains were plowed up, fenced in, overgrazed, and otherwise degraded. Today, this fragmented landscape is the most endangered and least protected ecosystem in North America. But all is not lost on the prairie. Through lyrical photographs, essays, historical images, and maps, this beautifully illustrated book gets beneath the surface of the Plains, revealing the lingering wild that still survives and whose diverse natural communities, native creatures, migratory traditions, and natural systems together create one vast and extraordinary whole. Three broad geographic regions are covered in detail in Great Plains, evoked in the unforgettable and often haunting images taken by Michael Forsberg. Between the fall of 2005 and the winter of 2008, he traveled roughly 100,000 miles across twelve states and three provinces, from southern Canada to northern Mexico, to complete the photographic fieldwork for this project, underwritten by the Nature Conservancy. Complementing his images and firsthand accounts are essays by Great Plains scholar David Wishart and acclaimed writer Dan O'Brien. Each section of the book begins with a thorough overview by Wishart, while O'Brien - a wildlife biologist and rancher as well as a writer - uses his powerful literary voice to put the Great Plains into a human context, connecting their natural history with man's uses and abuses. The Great Plains are a dynamic but often forgotten landscape - overlooked, undervalued, misunderstood, and in desperate need of conservation. This book helps lead the way forward, informing and inspiring readers to recognize the wild spirit and splendor of this irreplaceable part of the planet. 150 colour plates

Michael Forsberg is a Nebraska native and a professional photographer whose images have appeared in publications including Audubon, National Geographic, Natural History, National Wildlife, and in books published by National Geographic and the Smithsonian. He is also the author of On Ancient Wings: The Sandhill Cranes of North America.