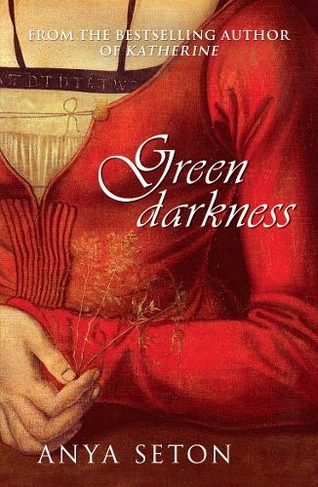 'Seductive, atmospheric, intriguing, Green Darkness is one of those classic novels you come back to time and again' (Kate Mosse) The hugely popular historical novel from the author of Katherine. England, 1552. Protestant king Edward VI has been on the throne for five years. Almost two decades after Henry VIII's brutal reformation of the monasteries, Catholics in England still live in fear. When 13-year-old Celia da Bohun first meets Stephen Marsdon, a young Catholic priest, she falls hopelessly in love. Against his will, Stephen returns her affection. As the years pass, their childish adoration deepens into a passionate love that will not be extinguished - not even by Celia's violent death. Centuries later, history seems poised to repeat itself. Celia, the young, rich wife of Richard Marsden, finds her marriage and happiness threatened by the tragedies of the past. Celia can only be saved by piercing the green darkness of the past and revealing its mysterious truth. n/a

Anya Seton was born in New York City and grew up on her father`s large estate in Cos Cob and Greenwich, Connecticut, where visiting Indians taught her Indian dancing and woodcraft. One Sioux chief called her Anutika, which means 'cloud grey eyes', a name which the family shortened to Anya. She was educated by governesses, and then travelled abroad, first to England, then to France where she hoped to become a doctor. She studied for a while at the Hotel Dieu hospital in Paris before marrying at eighteen and having three children. She began writing in 1938 with a short story sold to a newspaper syndicate and the first of her ten novels was published in 1941. Her other novels include GREEN DARKNESS, THE WINTHROP WOMAN and AVALON. She died in 1990.