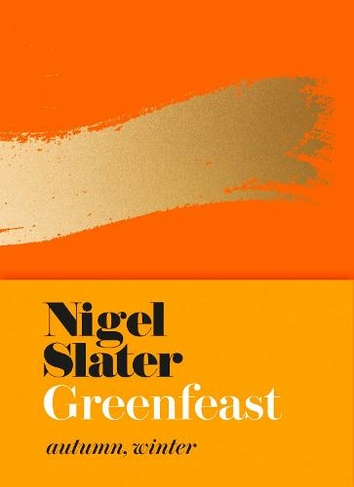 By Nigel Slater (Author)
Hardback
https://www.whsmith.co.uk/products/greenfeast-autumn-winter-clothcovered-flexible-binding/nigel-slater/hardback/9780008213770-12-000.html £17.60 rrp £22.00 Save £4.40 (20%)
GBP
Availability
In Stock
Free Delivery Available When You Spend £25 Or More
Details
Spend £25 On Products To Receive Free Standard Delivery To Your Home Or Free Next Working Day Click And Collect To Store

The second in a pair of fast, season-led vegetable books from beloved author and cook Nigel Slater. 'Much of my weekday eating contains neither meat nor fish ... It is simply the way my eating has grown to be over the last few years.' From the start of autumn, we crave food that nourishes, food that sets us up for going out in the cold and wet. Greenfeast has over 110 gently sustaining recipes from milk, mushrooms and rice - as comforting as a cashmere blanket - big soups like tahini, sesame and butternut and crumbles made with leeks, tomato and pecorino. With puddings like ginger cake, cardamom and maple syrup, these spirit-lifting recipes are a varied and glorious celebration of simple, plant-based cooking. Highlights include: Simple filo pastry filled with cheese and greens A savoury tart of shallots, apples and Parmesan Soothing polenta with garlic and mushrooms Fiery udon noodles with tomato and chillies Creamy pudding rice with rosewater and apricots

Nigel Slater is the author of a collection of best-selling books and presenter of BBC 1's Eating Together, Simple Cooking and Dish of the Day. He has been food columnist for The Observer for over twenty years. His books include the classics Appetite and The Kitchen Diaries I, II and III and the critically acclaimed two-volume Tender. His award-winning memoir Toast: The Story of a Boy's Hunger won six major awards and was made into a BBC film starring Helena Bonham Carter and Freddie Highmore. Nigel's writing has won the National Book Awards, the Glenfiddich Trophy, the Andre Simon Memorial Prize, the Fortnum & Mason Food Book Award and the British Biography of the Year. He was the winner of a Guild of Food Writers' Award for his BBC 1 series Simple Suppers.