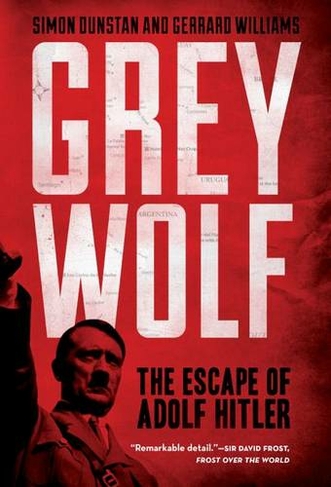 Did Hitler - code name: `Grey Wolf' - really die in 1945? In a riveting scenario that has never been fully investigated until now, international journalist Gerrard Williams and military historian Simon Dunstan make a powerful case for the Fuhrer's escape to a remote enclave in Argentina - along with other key Nazis - where he is believed to have lived comfortably until 1962. Following years of meticulous research, the authors reconstruct the dramatic plot, including astonishing evidence and compelling testimony, some only recently declassified. Impossible to put down, `Grey Wolf' unravels an extraordinary story that flies in the face of history. black & white illustrations, colour illustrations, maps

Author, filmmaker, and photographer Simon Dunstan has written more than 50 books on military history, particularly on World War II and Vietnam. They include Fort Eben Emael: The Key to Hitler's Victory in the West (Osprey) and Centurion Universal Tank 1943-2003 (Osprey). He has also written and directed numerous documentaries for the History Channel. Gerrard Williams has been a renowned television journalist for over 30 years, working for the BBC, Sky News, and Reuters. During that time he has covered some of the most significant political events of the late twentieth century, including the wars in the Persian Gulf, Rwanda, and Bosnia, as well as the 2004 tsunami in the Indian Ocean.