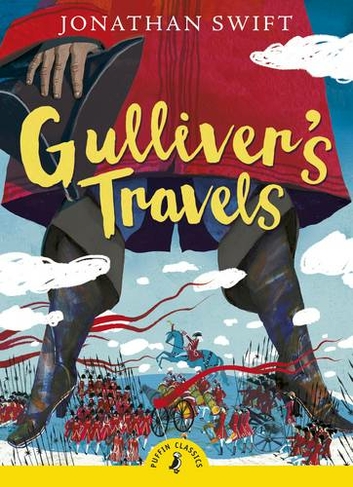 In the strange countries of Lilliput, Brobdingnag, Laputa and the land of the Houyhnhnms, Gulliver meets some extraordinary people and remarkable creatures. From a race of miniature folk to some surprisingly gentle giants and wise horses, Gulliver sees society from many different perspectives. Back in England life seems very ordinary after all his experiences, but Gulliver's fantastic adventures change his views on human behaviour forever.

Anglo-Irish poet, satirist and clergyman, Jonathan Swift (1667-1745), was born in Dublin to English parents. He embarked on a career as diplomatic secretary and became increasingly involved in politics. He published many satirical works of verse and prose, including A Tale of a Tub, A Modest Proposal, and Gulliver's Travels.