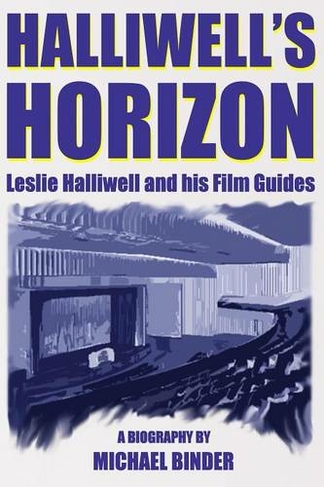 The first full biography of the film encyclopaedist and television impresario Leslie Halliwell, who in 1965 compiled The Filmgoer's Companion, the first one-volume reference book devoted to all aspects of the cinema. In his capacity as chief buyer for the ITV network, Halliwell was further responsible for bringing to British television screens some of the most popular films and shows of the 1970s and 80s, including The Six Million Dollar Man, Charlie's Angels, The Winds of War, Jaws, Star Wars and the James Bond movies. His promotion of the cinema through his books and seasons of 'golden oldies' on Channel 4 won him awards from the London Film Critics' Circle and the British Film Institute, as well as a posthumous BAFTA. Film historian Jeffrey Richards said of 'Halliwell's Horizon', "I enjoyed it enormously. It combines exhaustive research with critical insight and affectionate regard, bringing Halliwell and his work to vivid life." black & white illustrations