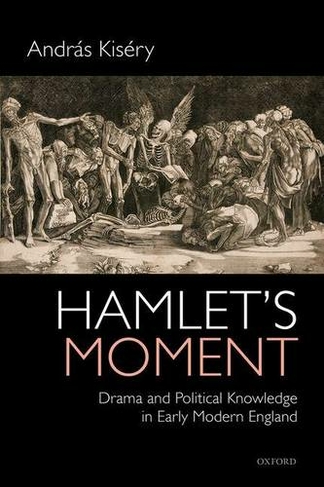 Hamlet's Moment identifies a turning point in the history of English drama and early modern political culture: the moment when the business of politics became a matter of dramatic representation. Drama turned from open, military conflict to diplomacy and court policy, from the public contestation of power to the technologies of government. Tragedies of state turned into tragedies of state servants, inviting the public to consider politics as a profession and to imagine what it meant to have a political career. By staging intelligence derived from diplomatic sources, and by inflecting the action and discourse of their plays with a Machiavellian style of political analysis, playwrights such as Shakespeare, Jonson, Chapman, Marston transformed political knowledge into a more broadly useful type of cultural capital, something even people without political agency could deploy in conversation and use in claiming social distinction. In Hamlet's moment, the public stage created the political competence that enabled the rise of the modern public sphere. The first half of the book offers a new analysis of Shakespeare's Hamlet through the lens of its use of political knowledge, while the second half broadens the scope of discussion by exploring the plays of Shakespeare's contemporaries. 10 black-and-white halftones

Andras Kisery is Assistant Professor of English at The City College of New York (CUNY). He is co-editor of Formal Matters: Reading the Materials of English Renaissance Literature (Manchester University Press, 2013) He has published articles about early modern English literature in the contexts of political culture and the history of the book in European Journal of English Studies, Philological Quarterly, and English LiteraryHistory. He is writing a book about the influence of the national and international topographies of the book-trade on the production and reception of early modern English writing called 'Books, Space, and English Literature'.