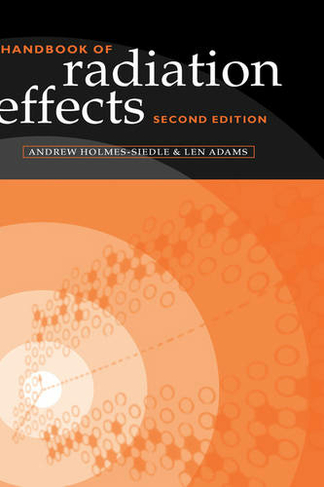 This revised second edition of a popular handbook for engineers describes the important relationship between high-energy radiation environments, electronic device physics and materials. It is a straightforward account of the problems which arise when high-energy radiation bombards matter and of engineering methods for solving those problems. Radiation effects are a problem encountered in the use of highly engineered materials such as semiconductors, optics and polymers. The finely-tuned properties of these materials may change drastically when exposed to a radiation environment such as a beam of X-rays or electrons, the space environment or the 'hadrons' in CERN's new collider. All of these environments and several more are described. At the core of this book is a discussion of the impact of these environments on the devices used in computing, data processing and communication. While unashamedly oriented to the engineer-designer and manager, with descriptions in a highly readable form, there is no compromise in physical accuracy when describing high-energy radiation and the effects it produces, such as electronic failure, coloration and the decay of strength. A great breadth of technical data, such as may be needed to make quick decisions, is presented with literature references and a compendium of web-sites which have been tested and used by the authors. 3 halftones, numerous line figures

Andrew Holmes-Siedle is a physicist and consultant to Brunel University of West London, collaborating on CERN research and developing silicon devices. He previously spent over ten years working in Princeton (USA) on space and defence programmes and owns REM Oxford Ltd..Len Adams is a consultant to Spur Electron, advising the British National Space Centre and other agencies. He is also an Associate Professor at Brunel University of West London. He recently retired from the European Space Agency in The Netherlands, where his group handled most of the radiation problems for the Agency.