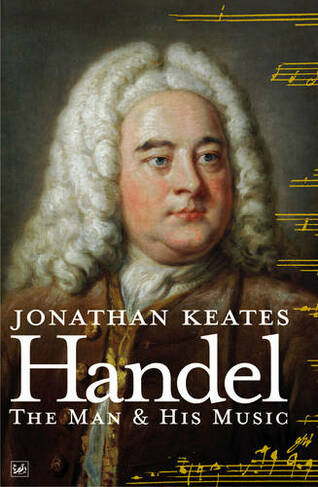 Handel: The Man & His Music

Jonathan Keates original biography of Handel was hailed as a masterpiece on its publication in 1985. This fully revised and updated new edition - published to commemorate the 250th anniversary of the composers death - charts in detail Handel's life, from his youth in Germany, through his brilliantly successful Italian sojourn, to the opulence and squalor of Georgian London where he made his permanent home. For over two decades Handel was absorbed in London's heady but precarious operatic world. But even his phenomenal energy and determination could not overcome the public's growing indifference to Italian opera in the 1730s, and he turned finally to oratorio, a genre which he made peculiarly his own and in which he created some of his finest works, such as Saul, Messiah, Belshazzar and Jephtha. Over the last two decades a complete revolution in Handel's status has taken place. He is now seen both as a titanic figure in music, whose compositions have found a permanent place in the international repertoire, and as one of the world's favourite composers, with snatches of his work accompanying weddings, funerals and television commercials the world over. Skillfully interwoven with the account of Handel's life are commentaries on all his major works, as well as many less familiar pieces by this most inventive, expressive and captivating of composers. Handel was an extraordinary genius whose career abounded in reversals that would have crushed anyone with less resilience and will power, and Jonathan Keates writes about his life and work with sympathy and scrutiny.

Jonathan Keates is a prizewinning biographer and novelist, well known as a reviewer and as a writer on Italian culture and history. He teaches at the City of London School and is a Fellow of the Royal Society of Literature.