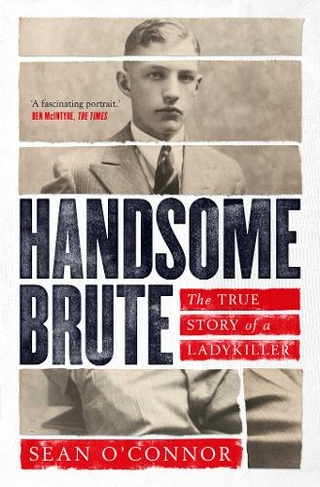 Handsome Brute The True Story of a Ladykiller

By Sean O'Connor (Author)
Paperback
https://www.whsmith.co.uk/products/handsome-brute-the-true-story-of-a-ladykiller/sean-oconnor/paperback/9781471187001-12-000.html £8.19 rrp £9.99 Save £1.80 (18%)
GBP
Availability
In Stock
Free Delivery Available When You Spend £25 Or More
Details
Spend £25 On Products To Receive Free Standard Delivery To Your Home Or Free Next Working Day Click And Collect To Store
Share

Handsome Brute explores the facts of a once-renowned, now little-remembered British murder case, the killings of the charming, but deadly ex-RAF playboy Neville Heath. Since the 1940s, Heath has generally been dismissed as a sadistic sex-killer - the preserve of sensational Murder Anthologies - and little else. But the story behind the tabloid headlines reveals itself to be complex and ambiguous, provoking unsettling questions that echo across the decades to the present day. For the first time, with access to previously restricted files from the Home Office and Metropolitan Police, this book explores the complex motivations behind the murders through the prism of the immediate post-war period. Against the backdrop of a society in flux, a culture at a moment of change, how much is Heath's case symptomatic, or indeed, emblematic of the age he lived in? Handsome Brute is both an examination of the age of austerity, and a real-life thriller as shocking and provocative as American Psycho or The KillerInside Me, exploring the perspectives of the women in Heath's life - his wife, his mother, his lovers - and his victims. This collage of experiences from the women who knew him intimately probes the schism at the heart of his fascinating, chilling personality. 16pp black & white plate section

SEAN O'CONNOR is a writer, director and producer working in theatre, radio, television and film. He has worked as showrunner on several major TV series, including EastEnders, Hollyoaks, Footballers' Wives and Minder. In 2011, he produced Terence Davies' film version of Terence Rattigan's The Deep Blue Sea, starring Rachel Weisz and Tom Hiddleston. From 2012 to 2016, he was editor of The Archers for BBC Radio 4 and also produced Lynda Snell's productions of Calendar Girls and Blithe Spirit. For the theatre he has adapted Boileau and Narcejac's Vertigo and Winston Graham's Marnie. His adaptation from Shakespeare, Juliet and Her Romeo, re-opened Bristol Old Vic in 2010, directed by Tom Morris, and was published by Oberon. In 2013, he published Handsome Brute, a study of the 1940s murderer Neville Heath.