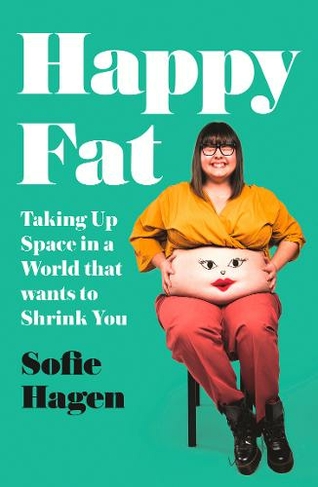 By Sofie Hagen (Author)
Hardback
https://www.whsmith.co.uk/products/happy-fat-taking-up-space-in-a-world-that-wants-to-shrink-you/sofie-hagen/hardback/9780008293871-12-000.html £10.65 rrp £12.99 Save £2.34 (18%)
GBP
Availability
In Stock
Free Delivery Available When You Spend £25 Or More
Details
Spend £25 On Products To Receive Free Standard Delivery To Your Home Or Free Next Working Day Click And Collect To Store

`Perfect, kind, hilarious and persuasive' Lena Dunham `You need this book. Your mum needs this book. Your best friend needs this book. Everyone needs a dose of Happy Fat!' Julie Murphy `I am a fat person and I love my body. I feel lucky to be able to say that - it has taken a lot of work and a lot of time. I want to tell you what I have learned and how I got here.' In Happy Fat, comedian Sofie Hagen shares how she removed fatphobic influences from her daily life and found self-acceptance in a world where judgement and discrimination are rife. From shame and sex to airplane seats, love and getting stuck in public toilets, Sofie provides practical tips for readers - drawing wisdom from other Fat Liberation champions along the way. Part memoir, part social commentary, Happy Fat is a funny, angry and impassioned look at how taking up space in a culture that is desperate to reduce you can be radical, emboldening and life-changing.

Sofie Hagen is a comedian, fat activist, writer and podcaster whose work has made a huge impact since she won the Best Newcomer Award at the Edinburgh Fringe in 2015. She has written for the Guardian, Huffington Post and Metro, sold out venues across the UK and Europe and appeared in numerous television shows for the BBC, ITV, Comedy Central and Dave among others. Sofie has presented a documentary on fatness for Denmark's channel DR2, her TEDx Talk was shared worldwide and she has spoken to millions on her Made of Human and Secret Dinosaur Cult podcasts.