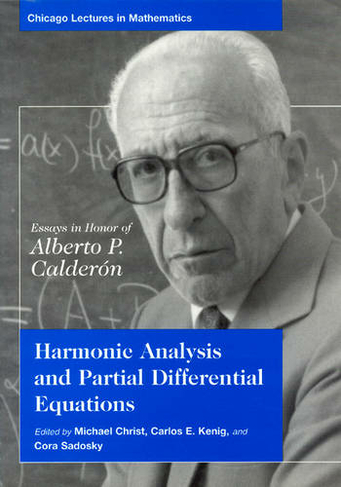 Alberto P. Calderon (1920-1998) was one of the 20th century's leading mathematical analysts. His contributions have changed the way researchers approach and think about a variety of topics in mathematics and its applications, including harmonic analysis, partial differential equations and complex analysis, as well as in more applied fields such as signal processing, geophysics and tomography. In addition, he helped define the "Chicago school" of analysis, which remains influential to this day. In 1995, more than 300 mathematicians from around the world gathered in Chicago for a conference on harmonic analysis and partial differential equations held in Calderon's honour. This volume originated in papers given there and presents syntheses of several major fields of mathematics as well as original research articles. The book should be of use to researchers in these and other related fields. 12 line drawings