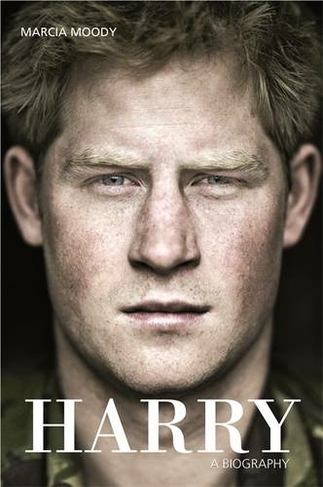 By Marcia Moody (Author)
Hardback
https://www.whsmith.co.uk/products/harry-a-biography/marcia-moody/hardback/9781782430377-03-000.html £5.99 rrp £20.00 Save £14.01 (70%)
GBP
Availability
In Stock
Free Delivery Available When You Spend £25 Or More
Details
Spend £25 on eligible products to receive free standard delivery to home or free next working day click and collect to store
Share

Prince Harry is arguably one of the most recognized faces in the world today, and over the years has attracted both criticism and praise. In his 29 years he has served on the front line in Afghanistan, set up his own charities, undertaken his first solo tour representing his grandmother the Queen, been a figure of controversy and has won an humanitarian award. Equally at home in military uniform, black tie or jeans and baseball cap, Prince Harry certainly grabs life with both hands and rides it at 100 miles an hour. Harry: A Biography sets out to document the full, true story behind the popular prince as he steps out of the shadow of his older brother Prince William. Covering his early years, the breakdown of his parents' marriage, the death of his mother, Diana, Princess of Wales, his relationships with his father and Camilla, The Duchess of Cornwall, his time at Sandhurst and serving in Afghanistan, his charity walk to the North Pole, the women in his life, the partying and his first solo tour. Comprehensive yet entirely accessible, Harry: A Biography paints a revelatory portrait of the 'coolest' member of the royal family.

Marcia Moody was Royal Correspondent at OK! magazine, accompanying Prince Harry on his Diamond Jubilee Tour of the West Indies in 2012, and on his US tour in 2013.