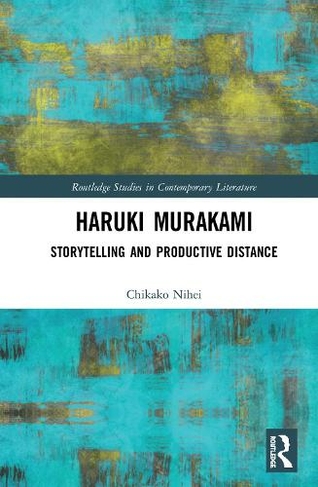 Haruki Murakami: Storytelling and Productive Distance studies the evolution of the monogatari, or narrative and storytelling in the works of Haruki Murakami. Author Chikako Nihei argues that Murakami's power of monogatari lies in his use of distancing effects; storytelling allows individuals to "cross" into a different context, through which they can effectively observe themselves and reality. His belief in the importance of monogatari is closely linked to his generation's experience of the counter- --culture movement in the late1960s and his research on the 1995 Tokyo Sarin Gas Attack caused by the Aum shinrikyo cult, major events in postwar Japan that revealed many people's desire for a stable narrative to interact with and form their identity from.

Chikako Nihei is an assistant professor at Yamaguchi University. She received her PhD in Japanese at the University of Sydney. Her publications include "The Productivity of a Space In-between: Murakami Haruki as a Translator" (2016) and "Resistance and Negotiation: The 'Herbivorous Men' and Murakami Haruki's Gender and Political Ambiguity" (2013).