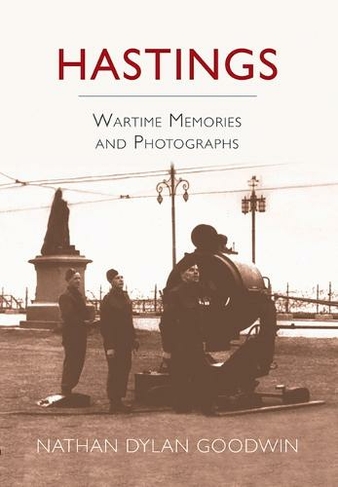 Hastings: Wartime Memories and Photographs weaves the personal stories of 75 people who endured life in Hastings during the Home Front war years with more than 140 photographs, the majority of which have never been published before. It describes the dramatic and turbulent way in which a peaceful seaside resort quickly became a town in grave danger of enemy attack, whose residents had to adapt very rapidly in order to cope with the numerous problems that now faced them. The book delves into the lives of ordinary men, women and children, as well as the soldiers and evacuees who made Hastings their home at the time and so lived with the constant fear of invasion, and provides a detailed and colourful account of life on the front line. The personal stories and photographs are complemented by documentary evidence from various sources, including local newspapers, local and national government records and two very informative private diaries that were meticulously kept in Hastings during the Second World War by John Turner and Charles Chalk. The focus of this book is once again Hastings and St Leonards, but inevitably the surrounding towns and villages are also included. 150 Illustrations, black and white

Nathan Goodwin was born and raised in Hastings, following several generations of his family before him. Schooled in the town, he worked there for a number of years and knows the town well. He left to live in Southern France for a year and then spent two years studying in Manchester, followed by further study at Canterbury Christ Church University where he achieved an Honours degree in Radio, Film and Television Studies. He is currently studying part-time for a further Honours degree in History.This book is an impassioned response to his life-long personal interest in wartime Hastings. He always listened to his elders' anecdotes intently and felt strongly that the town's story should be recorded, not least for future generations. His other interests include local studies generally, genealogy, reading, writing, film and travelling.