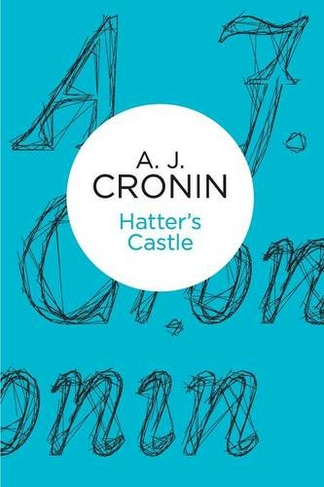 A. J. Cronin's famous story is a soul-stirring novel of pride and greed, and its terrible retribution. When her father forced her to leave school, and cut off all her contact with the past and future, Mary Brodie's whole life became the narrow compass of her family's cold, comfortless house in a small Scottish town. Her mean and ambitious father tyrannised over his timid, obliging wife, his cowed, overworked younger daughter and his spineless son. Four people were held in Brodie's merciless grip until, like a breath of the outside world Brodie so much despised, came the young Irishman in whom Mary found a forbidden freedom, and who brought to her mother and sister much needed release... In the magnificent narrative tradition of The Citadel, The Stars Look Down and Cronin's other classic novels, Hatter's Castle is a great book by a much-loved author.

A J Cronin was born in Cardross, Scotland, in 1896 and studied at the University of Glasgow. In 1916 he served as a surgeon sub-lieutenant in the Royal Navy Volunteers Reserve, and at the war's end he completed his medical studies and practiced in South Wales. He was later appointed to the Ministry of Mines, studying the medical problems of the mining industry. He later moved to London and built up a successful practice in the West End. In 1931 he published his first book, Hatter's Castle, which was compared with the work of Dickens, Hardy and Balzac, winning him critical acclaim. Six years later he published The Citadel which brought attention to the incompetence of medical practice and helped incite the establishment of the NHS. Cronin died in 1931.