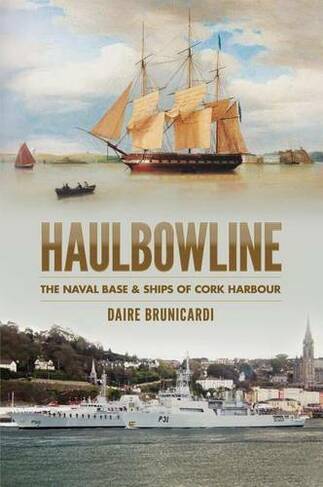 Haulbowline The Naval Base & Ships of Cork Harbour

By Daire Brunicardi (Author)
Paperback
https://www.whsmith.co.uk/products/haulbowline-the-naval-base-and-ships-of-cork-harbour/daire-brunicardi/paperback/9781845887568-01-000.html £19.99
GBP
Availability
Currently unavailable. We don't know when or if this item will be back in stock
Share

From the first proposal that Cork Harbour was more suitable as a naval base than Kinsale, development began which would continue for almost 200 years. This book outlines that history, from the development of Haulbowline Island, and covering its many incarnations during that time. During WW1, it became a front line base and the headquarters of the admiral directing the war against the U-boats. The first US flotillas were based here, and, after armistice, the British navy were based here during the Irish Civil War. Now, the naval base is a modern, thriving organisation, but one with a fascinating history which is fully explored within this book.

Daire Brunicardi has served in both the merchant navy and the Irish navy. Currently lecturing in nautical science at the Cork Institute of Technology, he is a regular contributor to nautical magazines and journals.