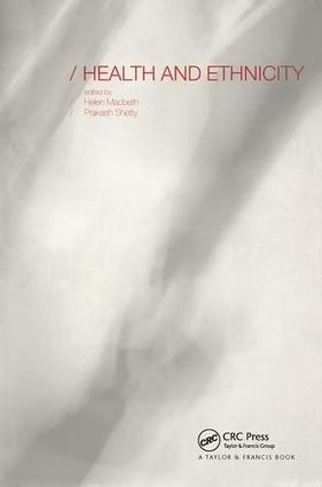 It is becoming increasingly apparent that certain diseases occur at higher frequencies in different ethnic groups (e.g. Afro-Carribeans and sickle-cell anaemia). The causes for such differences are only just being investigated and the factors involved are clearly both genetic and non-genetic. The biological complexity lies in the interaction of genetic variation and lifestyle differences. Cultural differences range from diet to traditional remedies, from religious beliefs to marriage patterns and much more. This multidisciplinary volume discusses these factors, with contributions from geneticists, medics, anthropologists, epidemiologists and social scientists. Anyone considering variation in health experience due to ethnic factors would be enriched by reading the different perspectives presented in this volume. 17 Tables, black and white