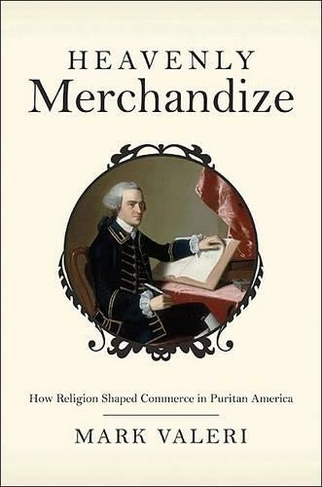 Heavenly Merchandize offers a critical reexamination of religion's role in the creation of a market economy in early America. Focusing on the economic culture of New England, it views commerce through the eyes of four generations of Boston merchants, drawing upon their personal letters, diaries, business records, and sermon notes to reveal how merchants built a modern form of exchange out of profound transitions in the puritan understanding of discipline, providence, and the meaning of New England. Mark Valeri traces the careers of men like Robert Keayne, a London immigrant punished by his church for aggressive business practices; John Hull, a silversmith-turned-trader who helped to establish commercial networks in the West Indies; and Hugh Hall, one of New England's first slave traders. He explores how Boston ministers reconstituted their moral languages over the course of a century, from a scriptural discourse against many market practices to a providential worldview that justified England's commercial hegemony and legitimated the market as a divine construct. Valeri moves beyond simplistic readings that reduce commercial activity to secular mind-sets, and refutes the popular notion of an inherent affinity between puritanism and capitalism. He shows how changing ideas about what it meant to be pious and puritan informed the business practices of Boston's merchants, who filled their private notebooks with meditations on scripture and the natural order, founded and led churches, and inscribed spiritual reflections in their letters and diaries. Unprecedented in scope and rich with insights, Heavenly Merchandize illuminates the history behind the continuing American dilemma over morality and the marketplace. 16 halftones.

Mark Valeri is the Ernest Trice Thompson Professor of Church History at the Union Theological Seminary and Presbyterian School of Christian Education in Virginia. His books include "Law and Providence in Joseph Bellamy's New England: The Origins of the New Divinity in Revolutionary America and The Works of Jonathan Edwards, Volume 17: Sermons and Discourses, 1730-1733".