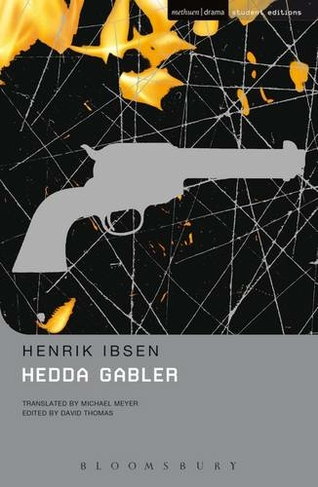 Hedda is an intelligent and ambitious woman, trapped in the stifling environment of a bourgeois 19th-century marriage. When writer Eilert Loevborg, an old flame returns to Hedda's life with a masterpiece that might threaten her husband's career, Hedda decides to take drastic and fatal action. Universally condemned in 1890 when it was written, Hedda Gabler has since become one of Ibsen's most frequently performed plays. Its title role is elusive and complex: Hedda is an intelligent and ambitious woman, who has no means of finding personal fulfilment in the stifling world of late nineteenth-century bourgeois society. Too frightened of scandal to become involved with a brilliant, wayward writer, she opts for a conventional but loveless marriage in the hope of finding surrogate satisfaction through her husband's career. Blending comedy and tragedy disconcertingly together, Ibsen probes the thwarted aspirations and hidden anxieties of his characters against a background of contemporary social conditions and attitudes.

Henrik Ibsen (1828-1906) was a Norwegian playwright and poet whose realistic, symbolic and often controversial plays revolutionised European theatre. He is widely regarded as the father of modern drama. His acclaimed plays include A Doll's House, Ghosts, Hedda Gabler, An Enemy of the People and The Pillars of the Community. His centenary is celebrated in 2006.