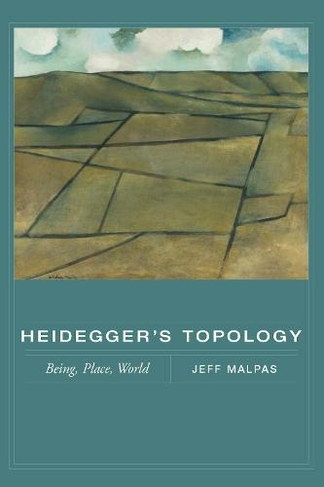 This groundbreaking inquiry into the centrality of place in Martin Heidegger's thinking offers not only an illuminating reading of Heidegger's thought but a detailed investigation into the way in which the concept of place relates to core philosophical issues. In Heidegger's Topology, Jeff Malpas argues that an engagement with place, explicit in Heidegger's later work, informs Heidegger's thought as a whole. What guides Heidegger's thinking, Malpas writes, is a conception of philosophy's starting point: our finding ourselves already "there," situated in the world, in "place". Heidegger's concepts of being and place, he argues, are inextricably bound together. Malpas follows the development of Heidegger's topology through three stages: the early period of the 1910s and 1920s, through Being and Time, centered on the "meaning of being"; the middle period of the 1930s into the 1940s, centered on the "truth of being"; and the late period from the mid-1940s on, when the "place of being" comes to the fore. (Malpas also challenges the widely repeated arguments that link Heidegger's notions of place and belonging to his entanglement with Nazism.) The significance of Heidegger as a thinker of place, Malpas claims, lies not only in Heidegger's own investigations but also in the way that spatial and topographic thinking has flowed from Heidegger's work into that of other key thinkers of the past 60 years.