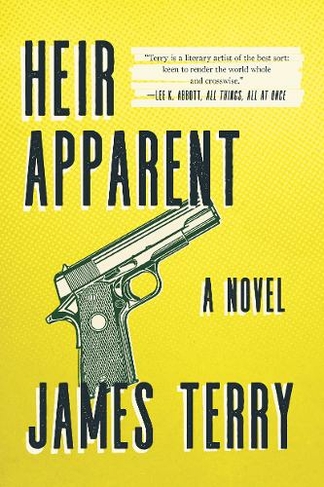 By James Terry (Author)
Hardback
https://www.whsmith.co.uk/products/heir-apparent-a-novel/james-terry/hardback/9781510731080-12-000.html £24.99
GBP
Availability
In Stock
Free Delivery Available When You Spend £25 Or More
Details
Spend £25 On Products To Receive Free Standard Delivery To Your Home Or Free Next Working Day Click And Collect To Store
Share

A compelling and compulsively readable riff on the classic noir detective novel that follows a hard-drinking PI accused of a murder he didn't commit--or did he? Eddie King wakes up one morning with a splitting headache to find two cops in his room, who begin questioning him about the murder of a man named Walter Morris, a writer of pulp detective novels. Thus begins this novel about a Chandleresque detective accused of a murder he didn't commit. In the process of seeking answers, he is shocked to discover that all of the deceased writer's novels are based on his own cases. Further investigation leads him to the writer's widow, a sensual older woman with whom he begins an impassioned affair. Smartly disguised as a textured and playful homage to the hardboiled American noir, Heir Apparent is also a sophisticated literary game with roots in Greek mythology. Its numerous levels and surprising twists will keep the reader guessing until the very end. Heir Apparent takes the reader on a strange journey through cavernous libraries, sleazy hotels, and soulless suburbia with a detective who in the end may be nothing more than a figment of the dead writer's imagination. For fans of Jonathan Lethem's Motherless Brooklyn, Heir Apparent is a brilliantly original detective novel from a smart, talented voice.

James Terry grew up in a small New Mexico border town, earned his BA in English from the University of California, Berkeley, and worked in film and television production in the San Francisco Bay Area before moving to Dublin, where he lived for six years, teaching English. He is the author of the novel The Solitary Woman of Shakespeare and Kingdom of the Sun, a collection of short stories. His work has appeared in numerous literary journals and has been nominated for the Pushcart and O. Henry prizes. He currently lives in Liverpool, England with his wife and son.