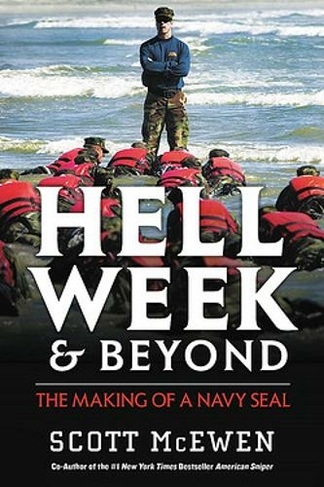 Hell Week and Beyond: The Making of a Navy Seal

Hell Week and Beyond will take the reader to the sands of Coronado Beach in San Diego, where Navy SEALS are put through the most grueling training known to mankind. Of the 18 months required to become a SEAL, one week will cause over half of the trainees to quit "ring the bell." Only the toughest make it through, and in this book McEwen will interview those who do and those who don't. Grit, commitment, heart, and soul are needed to become a Navy SEAL because these are the elite forces who go into the toughest battles for America. Many of the most well known SEAL warriors will be interviewed for this book and provide the stories of what got them through and the humor of those that made it. Those that make it almost always have one thing in common: humor. Find out why! Part Top Gun, part Bull Durham, the book will deliver the goods for those in the know and general readers who admire the elite forces for all they do.

SCOTT MCEWEN is the author of many books and the co-author of #1 New York Times bestseller American Sniper, which has sold more than one million copies and has been translated into over twenty languages. American Sniper, the movie, starring Bradley Cooper, and directed by Clint Eastwood, was the number one movie in the United States for that year, and was nominated for six Academy Awards, winning one. McEwen lives in San Diego, California, where he began writing while practicing law.