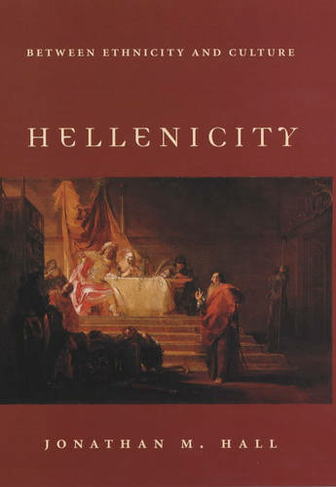 Hellenicity Between Ethnicity and Culture

Jonathan M. Hall explores questions of ethnic and national identity in the context of ancient Greece in Hellenicity, drawing on an exceptionally wide range of evidence to determine when, how, why, and to what extent the Greeks conceived themselves as a single people. Hall argues that a subjective sense of Hellenic identity emerged in Greece much later than is normally assumed. For instance, he shows that the four main ethnic subcategories of the ancient Greeks - Akhaians, Ionians, Aiolians, and Dorians - were not primordial survivals from a premigratory period but emerged in precise historical circumstances during the eighth and seventh centuries BC. Furthermore, Hall demonstrates that the terms of defining Hellenic identity shifted from ethnic to broader cultural criteria during the course of the fifth century BC, chiefly due to the influence of Athens, whose citizens formulated a new Athenocentric conception of "Greekness." 5 maps, 6 line drawings

Jonathan M. Hall is professor in the Department of History and the College and professor and chair of the Department of Classics and the Committee on the Ancient Mediterranean World at the University of Chicago. He is the author of Ethnic Identity in Greek Antiquity, which received the 1999 Charles J. Goodwin Award for Merit from the American Philological Association.