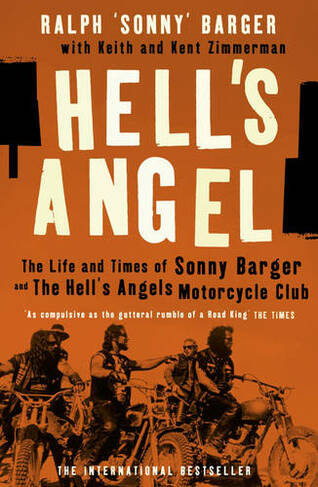 Hell's Angel: The Life and Times of Sonny Barger and the Hell's Angels Motorcycle Club

The autobiography - the dangerous life and wild times - of Sonny Barger, the legendary leader of the Hell's Angels. Sonny Barger is the Hell's Angel of all Hell's Angels, the motorcycle club that has been the scourge of America for over forty years. Sonny was their de facto leader for much of that time, the man who Hunter S. Thompson immortalised in his 1965 classic Hells Angels, noting 'Barger is nothing short of Winston Churchill when it comes to leading people'. He's been called an American legend and he's feared and revered by people on both sides of the law. From the club's formation in the 1940s to the height of their notoriety twenty years later, from Sonny's first-hand account of what really happened with the Rolling Stones at Altamont to his periods of imprisonment, from his fights with rival gangs and the police to his own battle with cancer, 'Hell's Angel' sets the record straight. Sonny Barger has ridden with the Angels for forty years, obeying no law but that of the HAMC. For the first time, this is his own - and their own - story. (51 b/w integ)

Ralph "Sonny" Barger rides his customized Harley Davidson FXRT sportster every day and bench presses 285 pounds.Keith and Kent Zimmerman are twins. They are the co-authors of the bestselling Rotten: No Irish, No Blacks, No Dogs, the autobiography of John Lydon.