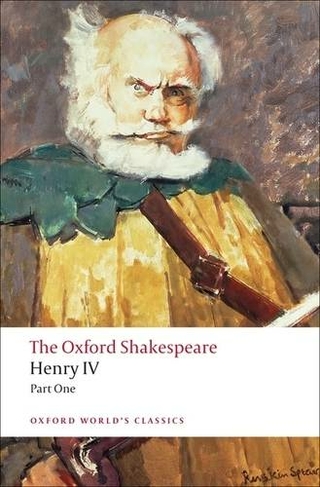 As Henry's throne is threatened by rebel forces, England is divided. The characters reflect these oppositions, with Hal and Hotspur vying for position, and Falstaff leading Hal away from his father and towards excess. During Shakespeare's lifetime Henry IV, Part I was his most reprinted play, and it remains enormously popular with theatregoers and readers. Falstaff still towers among Shakespeare's comic inventions as he did in the late 1590s. David Bevington's introduction discusses the play in both peformance and criticism from Shakespeare's time to our own, illustrating the variety of interpretations of which the text is capable. He analyses the play's richly textured language in a detailed commentary on individual words and phrases and clearly explains its historical background. ABOUT THE SERIES: For over 100 years Oxford World's Classics has made available the widest range of literature from around the globe. Each affordable volume reflects Oxford's commitment to scholarship, providing the most accurate text plus a wealth of other valuable features, including expert introductions by leading authorities, helpful notes to clarify the text, up-to-date bibliographies for further study, and much more. halftones, 1 map

David Bevington is Professor of English at the University of Chicago.