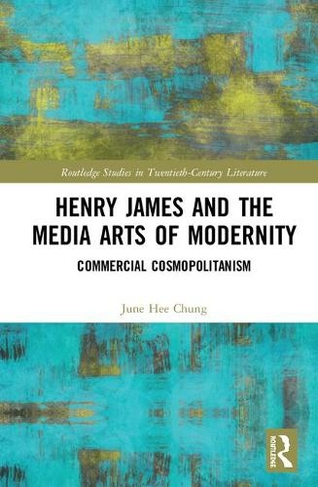 Henry James and the Media Arts of Modernity: Commercial Cosmopolitanism turns to the author's late fiction, letters, and essays to investigate his contribution to the development of an American cosmopolitan culture, both in popular and high art. The book contextualizes James's writing within a broader cultural and social history to uncover relationships among increasingly sensory-focused media technologies, mass-consumer practices, and developments in literary style when they spread to Europe at the inception of the era of big business. Combining cultural studies with neoclassical Marxism and postcolonial theory, the study addresses a gap in scholarship concerning the rise of literary modernism as a cosmopolitan phenomenon. Although scholars have traditionally acknowledged the international character of artists' participation in this movement, when analyzing the contributions of American expatriate writers in Europe, they generally assume an unequal degree of reciprocity in transatlantic cultural exchange with European artists being more influential than American ones. This book argues that James identifies a cultural form of American imperialism that emerged out of a commercialized version of cosmopolitanism. Yet the author appropriates the arts of modernity when he realizes that art generated with the mechanized principles of mass-production spurred a diverse range of aesthetic responses to other early-twentieth century technological and organizational innovations.

June Hee Chung is Associate Professor of late-19th and early-20th Century American literature at DePaul University in Chicago. Her work centers on the intersections of commercial practices and cosmopolitanism in the arts. She has published essays on Henry James and economic history for American Literature, Cambridge University Press, and Routledge Press, and she is completing a book on American Orientalism and decorative material culture in early-20th century women's fiction.