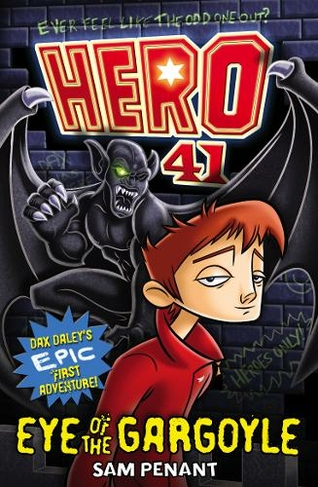 Hero 41: Eye of the Gargoyle

Dax Daley is on his way to prison. But it turns out prison is actually a school - for superheroes! 40 superheroes, to be exact. But Dax - Number 41 - does not belong. He can't turn himself invisible. Or see in the dark. Or read minds. And he definitely will not fight the strange things looming around the corners of Scragmoor Prime. Because Dax Daley doesn't have any superpowers... yet!

Sam Penant is a freelance travel writer and historical researcher who, in Hero 41, has amalgamated an early love of superhero comics with his grown-up fascination with 18th and 19th century prisons. Sam is bored with today's cinematic superheroes and all that CGI. He falls asleep during the endless climactic battles that are always won by muscle-bound characters in unbelievable costumes. The characters in Hero 41 are not super - yet - but they are heroes in the making. Ordinary girls and boys who learn to their astonishment that they possess powers of various kinds (some quite bizarre) that they must learn to use and control - in a semi-ruined prison that's been turned into a school for their benefit alone.