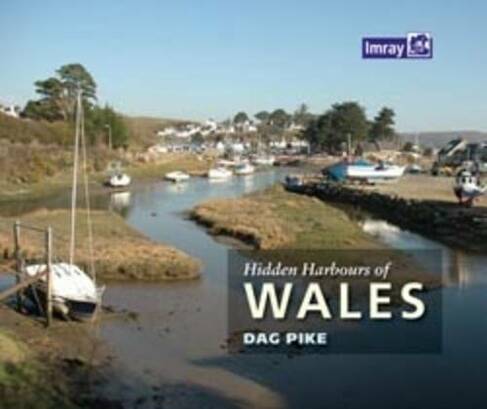 Hidden Harbours of Wales is a tour of small and infrequently visited harbours on the Welsh coast, starting from Lydney on the River Severn and finishing a world away at Connah's Quay on the River Dee on the north coast. 'Hidden harbours' vary from defined ports enclosed by breakwaters to small quays and landings. Most have a long history, often involving speculation by local landowners in the days before railways, when the coast was the best means of communication. Many of the harbours described in this attractive tour date from the 18th and 19th centuries, a time of expanding trade in coal, ore, grain and stone and industrial growth; and having been little used for decades have acquired an attractive and, in some instances, even haunted atmosphere. For each harbour there is a fascinating round up of the history and notes on what is to be found there. The author's photographs capture the scene and annotated aerial photographs assist with pin pointing harbours hidden along the Welsh coastline and its estuaries. This is the second in the series and complements the author's Hidden Harbours of Southwest Britain col. Illustrations, col. maps

Dag Pike began his career as a merchant captain, went on to test RNLI lifeboats, and took up fast boat navigation, winning a string of trophies for powerboat races around the world, including navigating Richard Branson's Virgin Atlantic Challenger on the record-breaking fastest Atlantic crossing by powerboat. He is now a navigation and powerboat journalist in demand all round the world.