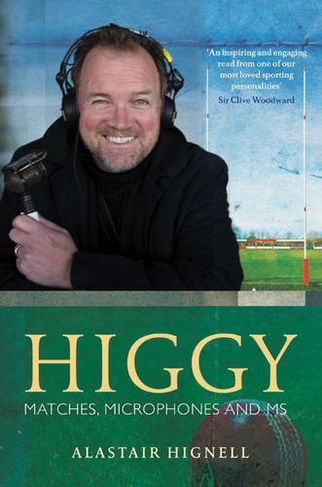 Winner of the Rugby Book of the Year award at the British Sports Book Awards 2012 Alastair Hignell is renowned as a rugby international for England, a county cricketer and a much-loved broadcaster. Forced to retire from his playing careers at an early age due to injury, and then from his broadcasting career when his struggle with MS became too overwhelming, he has nonetheless lived life to the full. Higgy tells his inspirational story with warmth and humour - from growing up as a bright and very competitive young lad, on to his successful Cambridge university days where he was the first person to captain both the rugby and cricket first teams, through his playing careers against and alongside some of the all-time greats in both sports, and a prominent broadcasting career that took him around the world to cover some of the biggest sporting events and characters. All this success was brought into sharp relief by his diagnosis with MS, which eventually forced his retirement from broadcasting but also prompted him to become one of the leading campaigners for those suffering from the disease. Higgy's has been a tough journey, and his story is a fascinating example of strength and determination when faced with adversity. Appealing to a broad range of sports fans, this story is about setbacks and triumphs, about making the shift from the athletic struggles of sport to the struggle of performing everyday tasks. It's the genuine and emotional story of how a highly successful sportsman faced up to a devastating illness and became one of the most inspiring personalities of our age. 4-colour, 16-page plate section

Alastair Hignell has had three outstanding careers in sport: as an Englandrugby player, a talented county cricketer and a sports broadcaster for the BBC andITV. He has been a teacher and television presenter as well as patron for a national Multiple Sclerosis charity.