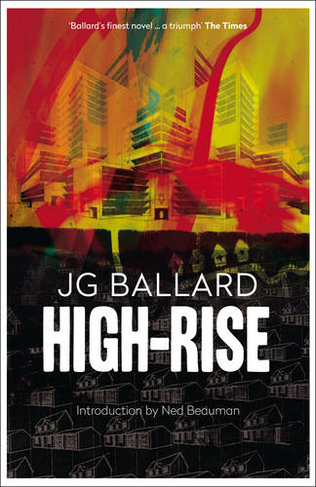 From the author of `Crash' and `Cocaine Nights' comes an unnerving tale of life in a modern tower block running out of control. Within the concealing walls of an elegant forty-storey tower block, the affluent tenants are hell-bent on an orgy of destruction. Cocktail parties degenerate into marauding attacks on `enemy' floors and the once-luxurious amenities become an arena for riots and technological mayhem. In this visionary tale of urban disillusionment society slips into a violent reverse as the isolated inhabitants of the high-rise, driven by primal urges, create a dystopian world ruled by the laws of the jungle. This edition is part of a new commemorative series of Ballard's works, featuring introductions from a number of his admirers (including Iain Sinclair, Ali Smith, Neil Gaiman and Martin Amis) and brand-new cover designs.

J. G. Ballard was born in 1930 in Shanghai. After internment in a civilian prison camp, his family returned to England in 1946. His 1984 bestseller `Empire of the Sun' won the Guardian Fiction Prize and the James Tait Black Memorial Prize. His controversial novel `Crash' was made into a film by David Cronenberg. His autobiography `Miracles of Life' was published in 2008, and a collection of interviews with the author, `Extreme Metaphors', was published in 2012. J. G. Ballard passed away in 2009.