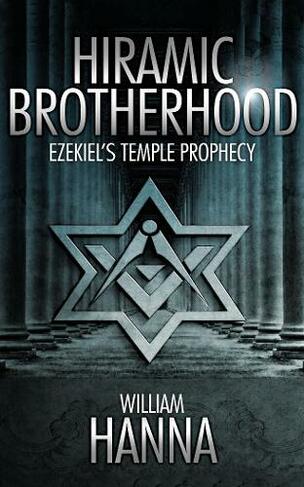 By William Hanna (Author)
Paperback
https://www.whsmith.co.uk/products/hiramic-brotherhood-ezekiels-temple-prophesy/william-hanna/paperback/9781788032704-01-000.html £9.99
GBP
Availability
Currently unavailable. We don't know when or if this item will be back in stock
Free Saver Delivery on orders over £20
Details
FREE SHIPPING over £20 for Saver Delivery
Share

Set against a backdrop of hatred and violence in the Middle East, Hiramic Brotherhood: Ezekiel's Temple Prophesy delves into the issue of Israel's ethnic cleansing and addresses racism in the Middle East. This novel follows journalist Conrad Banner who is intent on filming a documentary in the Occupied Palestinian Territories. Inspired by his father Mark - an author and foreign correspondent with numerous journalism awards for his coverage in the Middle East - Banner's documentary presents a factually impartial account of the conflict. Hatred and violence was also being continually provoked by Israel's ethnic cleansing of the indigenous population which was whitewashed by a form of propaganda known was hasbara, or 'explanation'. Such propaganda was aimed at an international audience to portray contentious Israeli action and policies - past and present - in a positive light while providing a negative portrayal of Arabs in general, and Palestinians in particular. Along with Jewish activist Adam Peltz and Palestinian guide Sami Hadawi, Banner finds himself unwelcome, resulting in some hazardous and ultimately fatal consequences. Hiramic Brotherhood is motivated by the blatant denial of human rights to millions ot people, and in particular children, by the double standard of Western democracies. Exploring themes of culture, racism, religion and violence, Hanna brings to the fore a compelling story of struggle and divide.