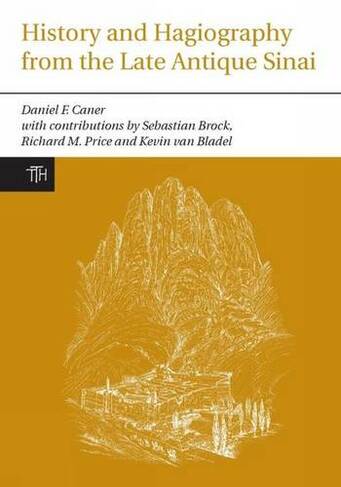 History and Hagiography from the Late Antique Sinai: (Translated Texts for Historians 53)

The Sinai peninsula emerged in late antiquity as a distinct region of the Christian holy land, identified from the fourth century onward as the Old Testament place where the Hebrews had wandered, Moses received the Law, and 'God's Majesty descended'. At the same time it was part of the late Roman province of Third Palestine and located deep in the heart of 'Saracen Country'. The historical essay and accompanying texts in this book enable readers to explore the particular ideals and dangers associated with this remote political and religious frontier. At its core are three Greek narratives previously unavailable in English: Pseudo-Nilus' Narrations, Ammonius' Report Concerning the Slaughter of the Monks of Sinai and Rhaithou, and Anastasius' Tales of the Sinai Fathers. Long known to historians, these narratives, all written c. 400-650, have long been used to reconstruct pilgrimage, monasticism, and Roman-Saracen relations in this area. However, each poses challenging questions of date, origin, and interpretation. In particular, Pseudo-Nilus' Narrations represents an innovative blend of Greco-Roman (Achilles Tatius), Jewish (Fourth Maccabees) and Christian (Gregory Nazianzene) models, standing out as the last great example of ancient romance. Detailed introductions and commentaries highlight unusual features and shared problems of each text. Readers will also find a comprehensive collection of travel accounts and other documents written on or about the late antique Sinai. Intended for specialists and students alike, this book makes an original contribution to the understanding of these texts and their place in the late antique development of the Sinai.