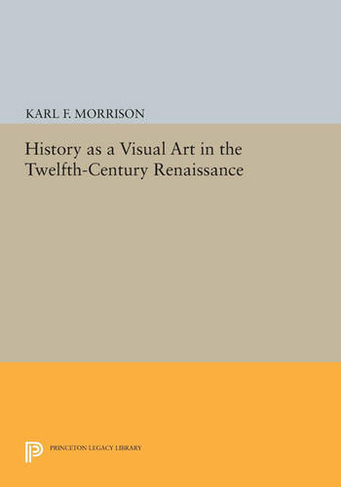 History as a Visual Art in the Twelfth-Century Renaissance: (Princeton Legacy Library)

Karl Morrison discusses historical writing at a turning point in European culture: the so-called Renaissance of the twelfth century. Why do texts considered at that time to be masterpieces seem now to be fragmentary and full of contradictions? Morrison maintains that the answer comes from ideas about art. Viewing histories as artifacts made according to the same aesthetic principles as paintings and theater, he shows that twelfth-century authors and audiences found unity not in what the reason read in a text but in what the imagination read into it: they prized visual over verbal imagination and employed a circular, or nuclear, spectator-centered perspective cast aside in the Renaissance of the fourteenth and fifteenth centuries. Twelfth-century writers assimilated and transformed a tradition of the conceptual unity of all the arts and attributed that unity to the fact that art both conceals and discloses. Recovering that tradition, especially the methods and motives of concealment, provides extraordinary insights into twelfth-century ideas about the kingdom of God, the status of women, and the nature of time itself. It also identifies a strain in European thought that had striking affinities to methods of perception familiar in Oriental religions and that proved to be antithetic to later humanist traditions in the West. Originally published in 1990. The Princeton Legacy Library uses the latest print-on-demand technology to again make available previously out-of-print books from the distinguished backlist of Princeton University Press. These editions preserve the original texts of these important books while presenting them in durable paperback and hardcover editions. The goal of the Princeton Legacy Library is to vastly increase access to the rich scholarly heritage found in the thousands of books published by Princeton University Press since its founding in 1905.