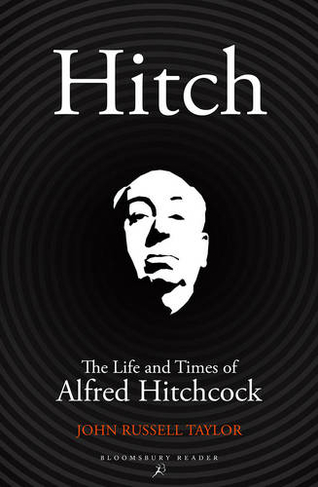 Hitch: The Life and Times of Alfred Hitchcock

One of cinema's greatest directors, a virtuoso visual artist, and a genius of the suspense genre, Alfred Hitchcock (1899-1980) is universally known for such masterpieces as Strangers on a Train, Rear Window, Vertigo, North by Northwest, Psycho, and The Birds. John Russell Taylor, a distinguished film critic and friend of Hitchcock's, enjoyed his full cooperation. Based on numerous interviews, with photos from the private family albums, and an in-depth study of the making of his last film, this biography of the director is as intriguing, revealing, perverse, and entertaining as any Hitchcock classic.

John Russell Taylor is an English critic and author. He was born in Dover and attended Dover Grammar School before obtaining a double first in English from Jesus College, Cambridge.He is the author of a vast number of critical works on cinema, and of biographies of important Anglo-American film figures including Orson Welles, Vivien Leigh and Alfred Hitchcock, whom he befriended in LA while teaching at the University of Southern California in the 1970s. Taylor's biography of Hitchcock is the only one to be written with its subject's full cooperation - and led him to write an intensive study of Hollywood's emigre in his book Strangers in Paradise: The Hollywood Emigres 1933-1950. Taylor has written regularly for publications such as The Times, Sight and Sound, The New York Times, and The Los Angeles Times throughout his career and was art critic for The Times until 2005.He now lives in London and West Wales.