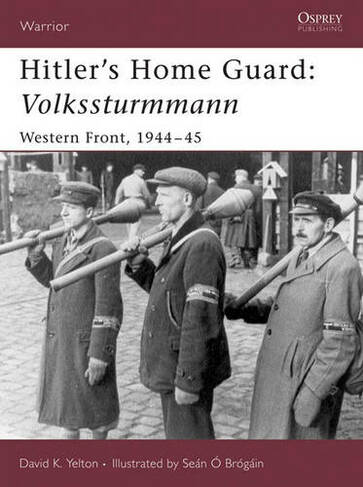 The creation of the Volkssturm on 18 October 1944 was a desperate measure by the Nazi government; all able-bodied males between the ages of 16 and 60 who were not already members of the German Armed Forces were conscripted into one organization. Poor equipment, lack of training and low moral took their toll on these men, who were unused to fighting and had little interest in the Nazi regime. David K. Yelton follows the experience of a Volkssturm soldier from his call-to-arms through to his capture and treatment as a POW, examining his reaction to the creation of the German Home Guard and his response to the fighting into which he was thrust. Illustrations (some col.)

Dr David K. Yelton is Professor of History and Chair of the Social Sciences Department at Gardner-Webb University, North Carolina. His lifetime work as been the study of twentieth-century Germany and military, political and diplomatic history. He has written numerous academic monographs and articles on the Volkssturm and has conducted research trips to Western German archives for source material. He lives in North Carolina. The author lives in North Carolina, USA.