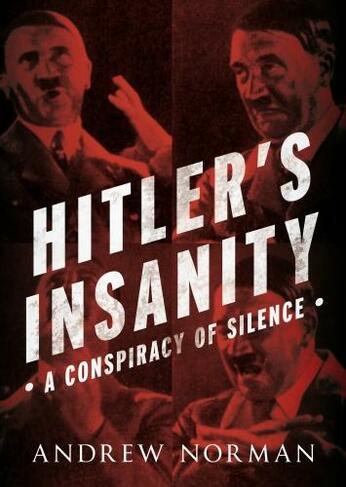 Hitler's Insanity A Conspiracy of Silence

The object of this book is not to prove that Adolf Hitler was insane. So much is obvious, both intuitively and from a clinical perspective. Nevertheless the reasons for arriving at such a conclusion will be reiterated and enlarged upon. Instead, the aim of the author is to discover what light Hitler's associates were able to shed on the personality and modus operandi of the Fuhrer, and to determine the extent to which they (and indeed, Hitler himself) realized that their leader was insane. The aim is also to investigate the cause of his insanity. In this regard, the testimony of the leading Nazis, who were tried for war crimes at Nuremberg during 1945 and 1946, are of particular relevance. These captured Nazis surely realized that in all probability, they would be found guilty, and their lives would terminate at the end of a rope. Surely, therefore, they had nothing to lose by giving the `low down' on their late Fuhrer, i.e. revealing their innermost thoughts as to his sanity, or otherwise. 32 black and white photographs