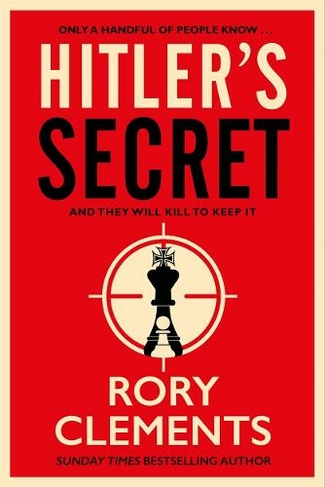 THE SUNDAY TIMES BESTSELLER The most anticipated spy thriller of 2020, from the award-winning author of Corpus. Autumn 1941. The war is going badly for Britain and its allies. If Hitler is to be stopped, a new weapon is desperately needed. In Cambridge, professor Tom Wilde is approached by an American intelligence officer who claims to know of such a weapon - one so secret even Hitler himself isn't aware of its existence. If Wilde can smuggle the package out of Germany, the Third Reich will surely fall. But it is only when he is deep behind enemy lines that Wilde discovers why the Nazis are so desperate to prevent the 'package' falling into Allied hands. And as ruthless killers hunt him through Europe, a treacherous question hangs over the mission: if Hitler's secret will win them the war, why is Wilde convinced it must remain hidden? Dramatic, intelligent, and utterly compelling, Hitler's Secret is the Sunday Times bestselling spy thriller of 2020 from the award-winning author of Corpus and Nucleus - perfect for readers of Robert Harris, C J Sansom and Joseph Kanon. _____________________________ Praise for Rory Clements: 'Political polarisation, mistrust and simmering violence' The Times 'A standout historical novel and spy thriller' Daily Express 'Enjoyable, bloody and brutish' Guardian 'A dramatic, twisty thriller' Daily Mail 'A colourful history lesson . . . exciting narrative twists' Sunday Telegraph

RORY CLEMENTS is a Sunday Times bestselling author. He won the CWA Ellis Peters Historical Award for his second novel, Revenger, and a TV series of the John Shakespeare novels is currently in development. His latest novel, Hitler's Secret, is a Sunday Times bestseller. Rory lives in Norfolk with his family. Find out more at www.roryclements.co.uk.